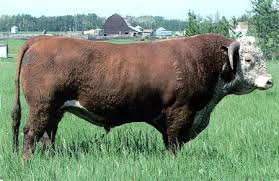 Yesterday I had the privilege of hearing about God’s provision for a missionary project near Monterrey, Mexico.  For several years, a local camp has been rented by a missionary for various kinds of camping ministries.  The camp, owned by the Presbyterian Church of America, was ready to sell their property.  This dear missionary brother had heard the land was already sold, so he went to inquire concerning the facts.  He quickly found out that the camp was still up for sale for $150,000.  They said, “We want you to buy it.”  The missionary drew up an offer for $120,000 with some time stipulations so he could pray the money down.  The PCA accepted his proposal.

Shortly thereafter, the missionary visited a church in Louisiana that gave him $1,000.  From there he headed to Idaho where he presented his camp need to a local congregation on a Sunday night. Afterwards, a gentlemen walked up to him and said, “I want to help with this camp purchase.  I have to go home and dig up the money.”  With that he turned around and walked away.  His wife said, “You may think he was being funny, but he doesn’t trust the banks.  He is going home to literally dig up the money.”  That night the church gave this dear brother an offering of $1,000 for the purchase.

The following Wednesday, this missionary brother traveled further north to a very small town where his faith was further stretched.  He admitted when he read the town’s welcome sign that announced a population of just over 600 that “I won’t be getting much here tonight for the camp.”  While he was preaching that evening, a man walked into the back of the church, waved at the missionary and placed an envelope in an offering plate near the backdoor.  With that, he departed.  After the service, the missionary retrieved the envelope and opened it up to find $10,000 in large bills.  The gift was from the man who had “dug it up” and travelled to the church that night to give it to the missionary.  Later on that evening, another man came up to the missionary and said, “I own a million dollar bull.  I tithe off that bull, and I have an offering above my tithe for you that will help you with the camp.”  That bull produced $68,000 in a love gift for the missionary!!  As of today, this dear servant of the Lord has seen the Lord provide $92,000 of the needed $120,000. As he said yesterday, “I am not begging.  I’m just presenting the need and watching the Lord provide.”

Indeed, it is more blessed to give than to receive (Acts 20:35)!  That church in Louisiana, the two in Idaho, that man who dug up his offering, and the farmer with his bull (as well as others who have given) are blessed people today!!  They are joyful people (2 Corinthians 9:7-8).  They gave to the Lord, and His work by sufficient grace!  Hoarders of what belongs to God never have giving joy.  If you won’t give, God may use a bull to get it done!!   Is there anything too hard for our God?

One thought on “Giving Living & A Million Dollar Bull”