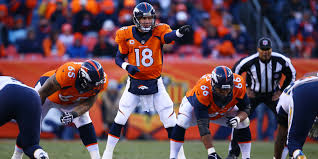 This past weekend, two players in the NFL reached historical milestones. Denver Bronco’s Peyton Manning became only the second quarterback ever in the NFL to throw 500 touchdowns in his career. The other being Brett Favre. Manning reached the milestone in 13 fewer games than Favre.

The other football player to make his mark this past Sunday was Jason Witten, tight end for the Dallas Cowboys. Witten joined Tony Gonzalez and Shannon Sharpe as the only tight ends in NFL history with 10,000 receiving yards. (Interesting that both Manning and Witten played their college ball at the University of Tennessee.)

If you are a fan of football, you have probably made the analogy of where would Manning and Witten be if they did not have the unsung heroes known as the offensive line. To pass for 500 touchdowns in your career is remarkable, but thanks to all those big, burly men who pushed, shoved, endured injuries, took a finger or two in the eye, spent most of their football lives crouched or on the ground and remained unknown while Manning gained his glory status.

The same could be said for Jason Witten. Although at his tight end position, he has blocked for the quarterback on many occasions, it was the offensive line that enabled the quarterback to throw to Witten when running a pass route.

Both of these players have made real advancements in football because they played on teams with men who played as a team. They had the goal of winning, of making the next play, of moving forward, of not quitting, of being knocked down, but not staying down, of staying the game.

I can make the same analogy of the church. We are a team for Christ. Let’s have the goal of winning, of making the next play, of moving forward, of not quitting. We may be knocked down, but we don’t stay down, and we stay in the game! Let’s block for another, cheer on one another, encourage one another and meet together at the Judgment Seat of Christ and hear Him say, “Well done!” By God’s grace, we can reach that milestone and give Him all the glory!!

Ephesians 5:26-27 That He might sanctify and cleanse her with the washing of water by the word, that He might present her to Himself a glorious church, not having spot or wrinkle or any such thing, but that she should be holy and without blemish.

1 Corinthians 3:9-14  For we are God’s fellow workers; you are God’s field, you are God’s building. According to the grace of God which was given to me, as a wise master builder I have laid the foundation, and another builds on it. But let each one take heed how he builds on it.   For no other foundation can anyone lay than that which is laid, which is Jesus Christ.   Now if anyone builds on this foundation with gold, silver, precious stones, wood, hay, straw,  each one’s work will become clear; for the Day will declare it, because it will be revealed by fire; and the fire will test each one’s work, of what sort it is.  If anyone’s work which he has built on it endures, he will receive a reward.