You know that when you are stepping forward for Christ, you open yourself for attack from our enemy, the devil.

Sunday evening we were blessed at BCBC to host some humble, faithful missionaries who left their secular, stable profession while in their forties to give the rest of their lives to reaching lost souls for Christ. Now in their late sixties, they are still moving forward, even asking the Lord to give them twenty more years for Him!

He shared from his recent personal study of the life of Joshua some truths that had impacted his heart.  We listened to a man who knows His God, walks by faith, and is a living testimony of the power of the gospel as seen in 1 Thessalonians 1:1-10.

He began by saying, “You won’t feel the pressure of the devil against you if you are not on the front line!”

His first principle was, “Life is hard, but God is faithful.”  Joshua was nearing 90 years of age when he became the leader of Israel. The LORD spoke the following to Joshua as recorded in Joshua 1:5-10, No man shall be able to stand before you all the days of your life; as I was with Moses, so I will be with you. I will not leave you nor forsake you. 6 Be strong and of good courage, for to this people you shall divide as an inheritance the land which I swore to their fathers to give them. 7 Only be strong and very courageous, that you may observe to do according to all the law which Moses My servant commanded you; do not turn from it to the right hand or to the left, that you may prosper wherever you go. 8 This Book of the Law shall not depart from your mouth, but you shall meditate in it day and night, that you may observe to do according to all that is written in it. For then you will make your way prosperous, and then you will have good success. 9 Have I not commanded you? Be strong and of good courage; do not be afraid, nor be dismayed, for the Lord your God is with you wherever you go.

Joshua needed to hear these words because hardship and trial would come; life is hard.  In the face of those trials, these truths from the LORD would help him remain faithful.  They would encourage him “to be passionate, unflinching, and moving forward with much intensity. The most important thing that God wants to accomplish through you may still be in the future.  And Joshua was nearly 90.”

His second principle was, “God is with us no matter where we are or what we are going through.”  He went on to remind us that “God may be the source of that hardship.  God is always at work in our lives.  Nothing happens to us by chance.”  [It is very likely that Joshua had served in Pharoah’s army before the Exodus. Foreigners were common in the army of Egypt. Moses considered him sufficiently battle-tested to appoint him leader of the Israelite defense against the attack of the Amalekites at Rephidim (Exod 17:8-16). Since Joshua was apparently known to Moses, he may already have been in charge of organizing the undisciplined crowd of slaves who had escaped from Egypt into orderly marching columns. Bible Gateway]

He said in closing that we need to recall these truths when, as a friend of his once said, “we are tribulated.”

One thought on “Being Tribulated” 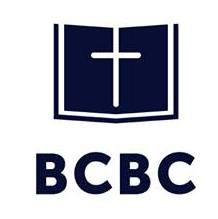